Time for a Fall Road Trip! 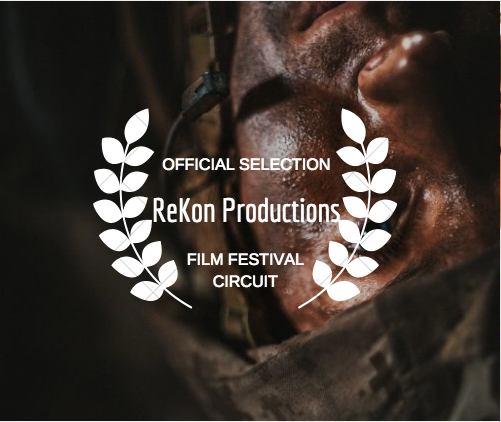 It’s the perfect time of year to hop into the car, drive across the country and see the leaves change colors. Pop in a good audiobook, or the last 7 episodes of a podcast you haven’t gotten to and just drive. Wait, you don’t have a route? Can’t decide if you should go north through the plains and by the great lakes or south through the southwest and follow the Mississippi River?

Why not follow the ReKon Film Festival Circuit as your perfect road trip route? Four of our outstanding short film projects are hitting the road and will in different festivals across the country in October. Check out the projects and stops below. 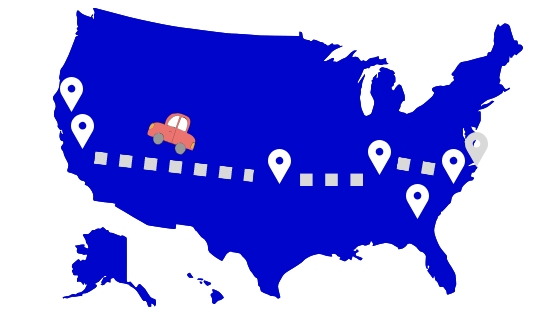 *Do not take the placements of these cities on this map as whole truths, they are estimations based on eyeing the location of the state/ city on a map and trying to place it on this map. We, at ReKon, are not currently going to get a cartographer merit badge.

DO NO HARM, Short Film / 8 minutes
About a combat medic attempting to hold onto humanity in an inhumane situation. This is a noble and beautiful thing. But war is not always that. This is a story about decisiveness vs. compassion. A medic’s job is to fix people up, but how does that obligation reconcile with someone who is trained to fight and may be asked to kill?

Do No Harm has been to 23 film festivals and is appearing at 4 more this month.

Louisville International Film Festival, October 11-13
The 9th annual LIFF screens over 100 selections of feature films, documentaries, experimental, new media and short films in the historical town of Louisville, Kentucky. You can taste bourbon from the source, check out the home of the Kentucky Derby and even stop in at the Muhammad Ali Experience.

International Kansas Film Festival, October 12-18
A festival born from friendship with 6 days of programming is a perfect rest stop in the heartland. You could stop by the National World War I museum, visit a farmstead, and by sure to stop in Wamego to visit the Oz Museum.

Carolina Film Festival, October 13
Attend the very first Carolina Film Festival this year, and attending the festival is free! Drive or walk through the fourth ward neighborhood that will make you feel like you’ve stepped into a period movie set or go the NASCAR hall of fame.

BRANNAN AND THE MONOSEXUALS, Web/ TV Series/ 18 minutes
Brannan brings a whole new meaning to “double dating” when she inadvertently makes a date with two people for the same night.

Brannan and the Monosexuals has been to 4 film festivals this year and is appearing at 2 more this month.

IN DENMARK *
Proud Film Fest Denmark, October 6 – 13
You caught us, there is one place you can’t drive to on this list. But if you wanted to catch the next flight to Denmark you can check out this awesome LGBT festival! If you hop on that plane, go to all the castles, roam like a viking and eat something delicious.

IN GEORGIA:
Urban Media Markers Festival, October 11 – 16
Go to the 17th Annual UMMF, a showcase of award-winning, global independent films that support and promote diverse, independent digital/media arts content. Stop by the Center for Civil Rights or the museum of puppets and puppetry and eat some fried chicken from Mary Mac’s (it’s on the top things to eat before you die).

WHITE WOLVES, Short Film
Josh, a surfer living a life of withdrawal due to a devastating breakup, has a strange run-in with a stranger (while surfing) who causes him to question the way he lives and whether being a lone wolf is the answer to dealing with his heartache. He makes steps to open up and venture out of his isolated bubble, for fear of ending up lonely and unhappy. However, by letting people in and meeting a new possible love interest, painful memories he’s been suppressing are brought to the surface, forcing him to deal with them head-on.

White Wolves has been to 7 film festivals and will be attending another this month.

Latino Short Film Festival, October 11-14
There is more than just music festivals in Coachella, California and you can attend the fourth annual LSFF and support diversity and representation while watching projects that tackle this year’s theme “Awakening the Sleeping Giant.” While in Coachella Valley maybe go on a hike through the painted canyons, maybe go to a windmill farm!

If you do happen upon any of these wonderful festivals, and check out any of these films which we are so proud of, be sure to snap a selfie and post it tagging us @rekonprods, #ReKonFestivals and you never know maybe we’ll send you a new pair of sunglasses or an imaginary road snack.