An Interview with Producer Kristina Kondrath 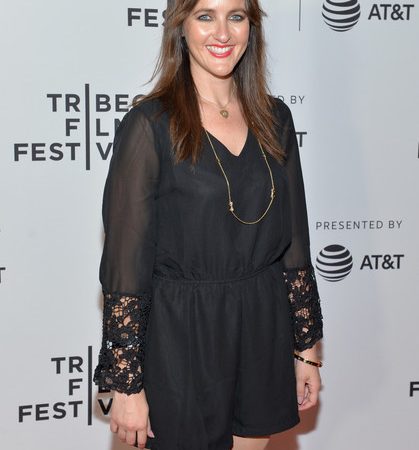 Was this your first time at Tribeca?
Yes. Not in New York, but at the film festival.

What made Tribeca different, in your experience, from other festivals?

I think one of the biggest things is that it’s not condensed into one area, it was different to have it spread out throughout the city, which was cool because it was more like you’re doing your own thing. Tribeca, at least to me, was more about being part of the New York experience and wasn’t as much about being in a film festival bubble.

As a producer of a film premiering at the festival, what are your responsibilities? What was your day-to-day like while you were in New York?

The good news is I basically just had to make sure we got our actor there. We did have a PR team with us, so honestly, they handled everything from coordinating the press to figuring out where the actors had to be exactly. We also had a sales team with us, so thankfully my duties were minimal aside from going to the screenings.

What was it like watching your movie with the Tribeca audience/at the festival?

It was a little surreal- obviously I’ve seen it quite a few times in the lead up, but now seeing the final version in an actual theater setting in front of a sold out audience was exciting. Every screening was sold out, which was great, we didn’t have to worry about playing to an empty theater. And we got a good response afterwards. A lot of people seemed genuinely disturbed, which sounds bad but is good for us. We wanted to get people thinking. We were taking a more realistic approach to horror.

Did you have time to check out the rest of the festival? What was the coolest thing you saw?

I did try to get to check out a few things. I tried to get to a few of the screenings, I didn’t make it to a lot but I did go to the festival hub. They had some VR stuff on display which was pretty cool. My favorite VR experience was this one called Protectors. There’s a very small group of people called Rangers in Africa, obviously the Ivory Trade is really bad, there’s only 100 of these people who go and risk their lives and fight poachers. So you basically go and follow them on their day to day thing. It was documentary-VR. I’m interested in VR space and didn’t realize the amount of documentary elements use in the narrative experiences.

How did you get involved in the project “Tilt” in the first place?

I had recently worked as the Unit Production Manager on the feature, The Good Neighbor with Kasra Farahani (director) and Giri Tharan (producer). So when they were working on setting up their follow-up collaboration, TILT, they approached me to join the team. As we started piecing together the elements of the film during pre-production, I stepped into producing and brought ReKon Productions into the mix.

What about the Tribeca experience do you think was the most beneficial for the film?
I think the biggest thing is the exposure level at Tribeca. They obviously have a pretty wide network and audience and, again, just having that credibility. Being able to use that Tribeca laurel wreath, some people take that as a sign of it having more validity. And honestly, press. The nice thing about Tribeca is a lot of the smaller festivals you need to work hard to try to garner press. Tribeca, it’s natural and part of the film festival’s culture. They reserve a lot of seats for the press, you’re almost guaranteed a certain level of coverage just by being there.

How did you decide to try to get to Tribeca?

It was really just one of those things where we submitted to all the major film festivals, you know, Sundance, Tribeca, South by Southwest, Toronto International. Our previous film, The Good Neighbor had it’s premiere at South By Southwest, so it was natural continuation. But for Tilt, we believed the nature of the film matched the spirit of Tribeca Film Festival. When the film was accepted, our sales agent agreed that New York was a good place for the film to premiere. So with everyone on the team agreeing Tribeca Film Festival would be the best fit for the film, we went for it.

All seems normal with Joseph (Joseph Cross) and Joanne (Alexia Rasmussen). Joanne is pregnant with their first child. Life in their little urban house is cozy and familiar. But something is off about Joseph. He doesn’t seem excited about the baby. Work on his documentary is becoming increasingly untethered. As Joseph struggles to maintain the routines of his domestic life, his mask begins to slip. Late at night, while Joanne thinks he is working, Joseph prowls the streets of Los Angeles, deliberately courting danger.