The Thing(s) in the Apartment 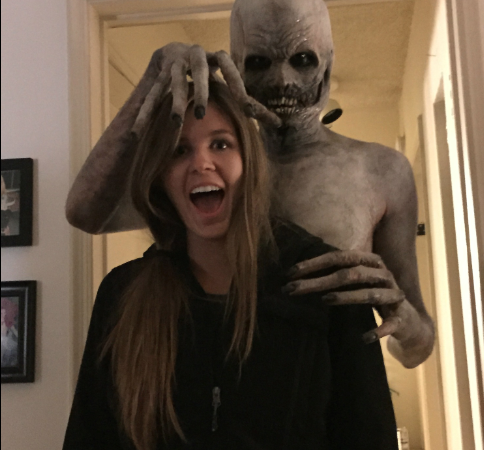 The Thing in the Apartment directed by John Ross shot on May 21st is a horror short film that involved a creature and two young females named Lindsay and Sam. The scenes that were shot that night took place in the car where the creature first appeared and then moved into the apartment as the night advanced. 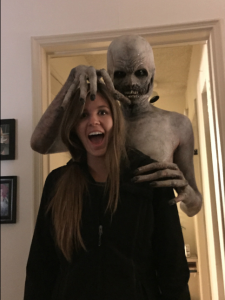 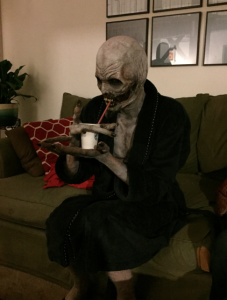 On set as a production assistant, I was responsible for making sure the crew was hydrated and the craft service table looked presentable. Along with that, I also was in charge of pushing a bucket off of the stairs to create motion in the background… it is my big claim to fame. My favorite part about pulling this all-nighter was observing the creation of the creature. I was mesmerized by how realistic he looked and as you can see in the picture below – we had lots of fun capturing our deliriousness.

In conclusion even though being a production assistant isn’t an ideal lifelong career being able to observe everything that happens behind the scenes has been valuable knowledge that will only help me advance in making a name for myself in the entertainment industry.