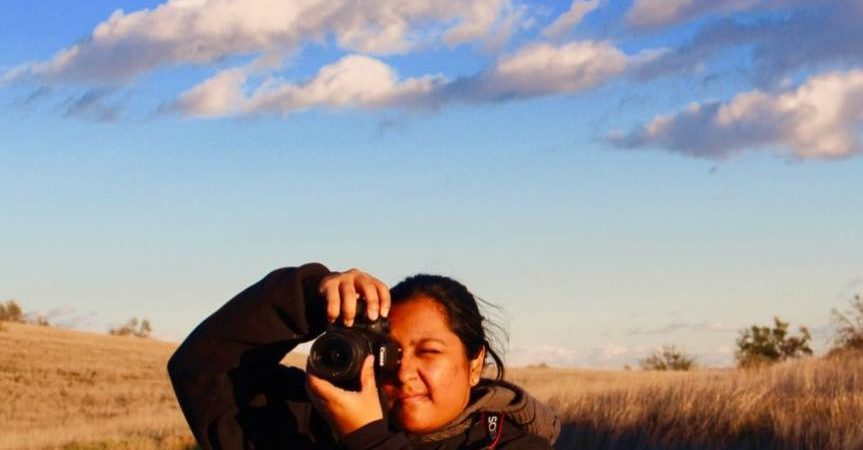 By ReKon Intern On Tuesday, February 07 th, 2017 · no Comments · In Uncategorized

If you asked Nazia Athar what her favorite movie of all time was she would look at you as if you had asked her to pick who her favorite pet was. Stressfully trying to muster up an answer, only to cause herself grief. Absolutely impossible. What she does know is that there are three things she loves most, and they are what she calls the three big M’s that dictate her entire existence. Magic, Music and Movies. In no particular order. They all gracefully tie into each other, and this is what makes her happiest. A beautiful harmony, a trinity of wonder and childlike awe.

From when she was just a small girl she had wished she could have become a great mystifying magician. Unfortunately, because she was so terrible at performing actual magic she figured the next thing closest to being a magician was to become a filmmaker. This became her passion as she grew up watching television and movies, learning to love them frame by frame. Each still a wonderful painting of its own. An entire universe created by a few, that for all we know could actually exist in an alternate universe, and perhaps we are getting just a tiny bit glimpse of. These thoughts often cross her mind and bring even more magic into her life.

Nazia Athar is currently a senior at California Lutheran University. She is a Communications major with an emphasis in Film and Television, with a minor in Multimedia. She will be graduating this May of 2017. Nazia’s hobbies include writing, drawing, photography, playing video games and archery. One of her favorite activities to do is watch a specific genre of movies each month. This month’s genre is Scifi – so far she’s rewatched the entire Alien Anthology, Predator Trilogy, Star Wars Series and Blade Runner. Her ultimate dream is to find a job that she will love so much that it will become second nature to her. She hopes that this job will find her as she enters the film industry. She secretly hopes that she will someday find herself working at Disney.