The What and When through Participant Observation 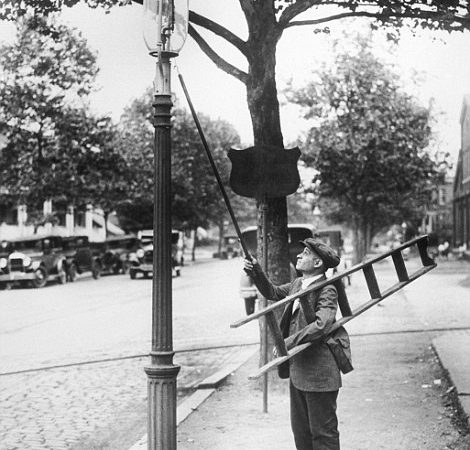 When I walked onto my first set, I couldn’t tell you what one person from another did. There is no real identifying trait – not to an untrained eye and even then sometimes to a trained eye – between crewmembers. It took a couple of sets, some years, and some keen observations to off-handedly understand the differences on sight – from dress to actions – between an Assistant Director and an On-set Costumer.

Field Notes is a blog series about interactions, observations and just notes on all the elements of a film production. Today, I focus on the GAFFER. 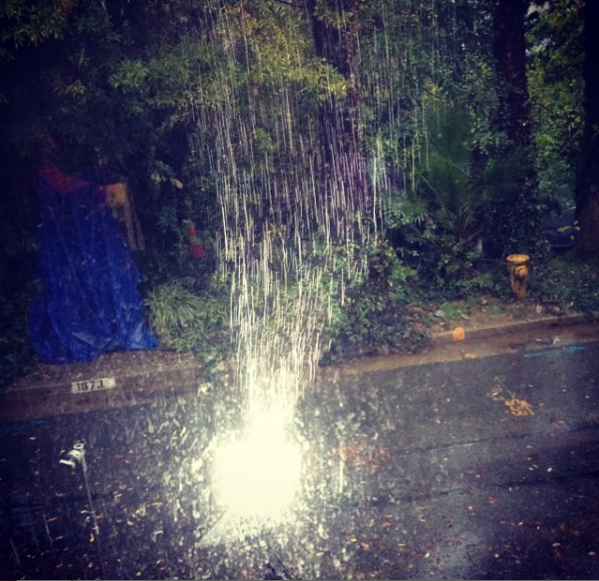 It was raining. Or what we in California tend to call raining – a light drizzling, misting around us. But it was cold, so even the California rain made everything just a little bit more miserable. It was almost the end of an overnight exterior shoot day for an independent feature.

I was tucked into the comfort of an open equipment truck, holding a cup of coffee, trying to remember how to be warm. The GAFFER of our shoot settled in, sitting off the edge of the truck bed.

He was the quiet and the decidedly-not-from-California sort. The cold didn’t even really seem to faze him. I can’t remember if I left the quiet well enough alone for a respectable amount of time, or for less than a minute, but I definitely didn’t stay quiet.

ME
What does the word Gaffer even mean?

GAFFER
It’s an old British word. Originally, it
was the guys who tended the street lamps
or adjusted lights for theater stages.

Our conversation might have gone on a bit longer. But I will never forget how striking it was – the unimposing way in which that Gaffer absolutely and without a moment hesitation knew what the word meant. He knew the history. He was proud of it. It was important.

I was on my first set long before I even learned how to drive and I have been on many in my career. By 2012, I knew what a Gaffer was to a set. In most basic terms, Gaffers handled lights. But there is a difference between knowing something by definition and understanding something. Understanding something is the process of learning it.

Historically, Gaffers were named after the hook on the end of the pole they used to tend street lamps. The word also maybe has some foundation as a colloquialism of grandfather or godfather, indicating a cultural understanding of an old man or man in charge. Gaffers are, of course, the head of the electrical department on a film set and are also commonly referred to as Cheif Lighting Technicians. 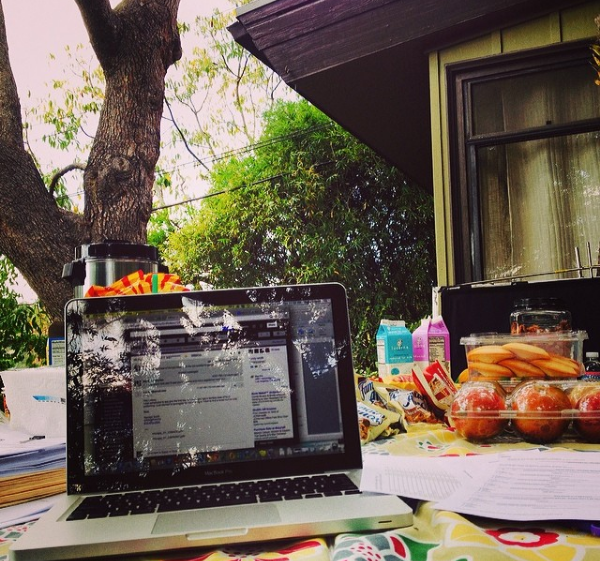 A nice spring day is a best-case scenario for when a production office has to set up outside. The table was half covered in paperwork, stacks precariously guarded from the wind with things like a stapler, a binder, maybe some scissors. The other half of the table was toppling over with craft services.

I sat in a metal patio chair, under the shade of a usefully placed tree, with a pen in my hair and my laptop open. Somewhere in the house, a small crew was shooting a long scene in the afternoon on day 2 of 3 for a digital series. The GAFFER stepped out from the house and sauntered over to the snacks.

GAFFER
You know, you work more than any other
production manager I have ever seen.

ME
I don’t think you’ve ever noticed them much before.

There is something to be said about this exchange. Even accounting for the teasing tones, there was a strain of truth to the words. Not about the work, but about the seeing. Visual storytelling is the craft of many, small villages or even endless cities of people. It’s not that strange that one person might never see or understand the work of another.

That moment is singular in my experience; I don’t think I will ever have a conversation like this again. Not that I’m looking for  praise from all the Gaffers I encounter, or because I think Gaffers don’t appreciate the work of a production manager. But because it was a unique moment, an odd collection of circumstances brought us together on that set and we were able to have a moment of just plain interaction.

Remembering this moment now also makes me take notice of something else, a recognizable practice of Gaffers. The scene we were shooting that afternoon was at least three pages and the climax of the episode between six characters. I didn’t question it that afternoon, but I knew that our Gaffer had set up the lighting and after the 1st AD had called action ducked out to get a snack. The work of a Gaffer is done during the set up a scene, or in-between takes, not during rolling. The intensity of that work may vary – lighting 15 candles for a demon summoning compared to throwing a large array of HMIs up in the rain to source a living room through a window. But it’s a lot of hustle between waiting, so it’s like all the elements of filmmaking.

*All recollections are based on memory and are really not word-for-word exactly what happened, but they are close-ish.