Bring your Cape (or Fedora) 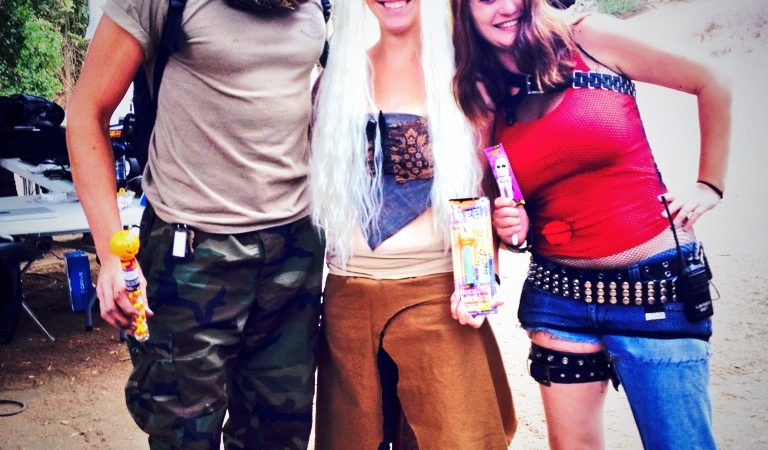 Two years in a row I’ve had film shoots on Halloween. Last year it was for a student film and this year I was a PA on set for a feature film – Full of Grace. 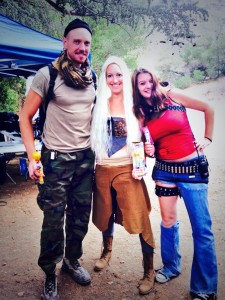 The experience was incredible! Despite having to get up at four in the morning to arrive on time there was a lot of energy on set throughout the day. I think Halloween day played a factor in that because people were excited for their costumes as well as their plans for the night. I had a shirt that had “life” written on it and I had lemons that I could hand to people. (When life gives you lemons).

Despite being from the East Coast (and all too familiar with the cold) going out before the sun comes up often, and walking from my apartment to my car I knew I did not dress appropriately for the early morning weather, which was cold. Fortunately, one of the assistant directors was kind enough to lend me her jacket for the day. As small as that sounds it made a huge impact on the day.

A part of production that was never fully clear to me before that day was grip work. Seeing it in action I was able to understand more of what it entails and it is interesting to me. I was even able to help out with the breakdown of the set (the one just below this text). 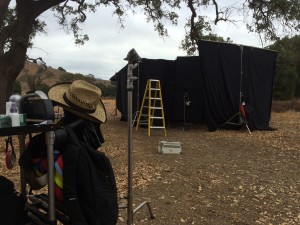 Being able to see an efficient team on set that day was very educational. On student films I’ve noticed that many crewmembers try to make decisions for each department of production (including outside their jurisdiction) and it usually takes a while to get things done. On the set of Full of Grace however, I noticed everyone was able to be self-sufficient and operate with little guidance.
What I was impressed by the most was how smoothly everything moved on set, there really weren’t any hiccups or set backs that I noticed. It showed great leadership on everyone’s part and led to a great experience on set for me. That’s all I have for this time.

The Other Side: Cast & Crew Screening
The Nobel Troll of Craft Services