tyDi music video "Tearing Me Up"

It’s All Fun and Games Until the Lama Gets Abducted 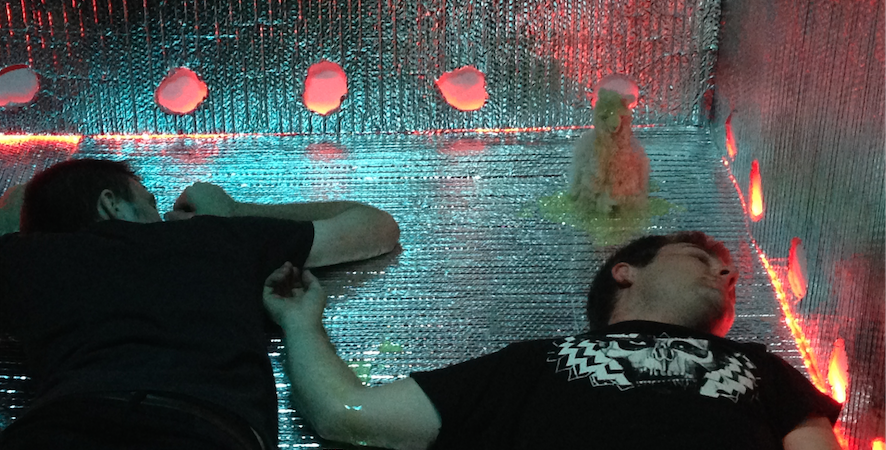 It’s been quite the dry spell since I’ve set foot on production soil. About 110 days or so, but who’s counting. Well, this set was much like many others except a couple key differences. The same, but different.

For one thing, it was my first out in the field as a full fledged member of the ReKon Productions team (moving up from the intern world). Now don’t worry, I didn’t climb onto a high horse or anything. I was still riding that slow pony game like everyone else. At least this pony was fun and friendly. Ok, what I actually mean to say is that the set, crew and cast was fun and friendly. Second difference was, there was a lama involved. Alright, I wanted to keep you in suspense for as long as possible, but the gig is up. As much as I want the lama to be real and tell you the lama was real, it wasn’t, he was just a cute, tiny stuffed animal. We’ll get back to his inevitable abduction later. The shoot was pretty simple: make a sick music video for this artist, tyDi. I arrived to set, being the artist’s pad, and looked around at the pretty organized commotion. The crew had known each other from other projects so everything seemed to meld together efficiently, the only exception being me. I tried to find my place and introduce myself to people on set, immediately after forgetting their names. (I really have to nail down those memorizing skills at some point). The pad was being transformed with a bunch of glowing lights, a fog machine and soon to come all the extras cramming into the space…you guessed it, we were staging a house party. A really convincing one, I might add. The twist in this martini being that some of the guests of the house party were going to be abducted by aliens. Ok, as soon as I said the alien bit I know you figured out what happened to the lama so there’s really nothing holding your attention, I’ll wrap this up.

The shoot went well and I’m pretty sure everyone enjoyed themselves, even the people that got green goop thrown on them when they got abducted. I can’t wait to see how the final video comes out! Oh and I named the lama “Larry,” just for the heck of it.