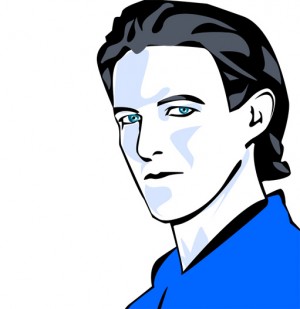 Jon Michael Kondrath, a story seeking excel guru adept at applying board game strategy to real life, is currently Chief Executive Officer at ReKon Productions. As CEO, Jon keeps his head in the clouds and boots on the ground as he oversees both the long-term development of the company and the day to day workings of its departments and productions. As the founding executive, he has ushered ReKon from a single producer entity to a multi-faceted operation by securing key collaborations with internal strategists, creative productions, and investors.

Jon also produces and directs on behalf of ReKon Productions. Notable producing projects include the feature A Leading Man, which debuted at the Hawaii International Film Festival and received multiple awards, and Full of Grace, a biblical epic that has been well received and garnered the attention of Sony. Recent producing projects include New Form Incubators The Win and Anti-Social and award winning PSA The Other Note for the National Veterans Foundation. Kondrath’s recent directing projects include launch videos for the iMentor Challenge.

Jon started his producing career by gaining experience working on major productions for Fox, Paramount, and DreamWorks. Along with feature films, he has produced dozens of music videos, commercials, and web content, including projects for CoverGirl, HP, Coca-Cola, Fox College Sports, ESPN, Pampers, Epson, Cirque Du Soleil, and Reebok. During his time at ReKon Productions, Jon has also served as CFO for Slate In Productions and lent his expertise to The Chandler School as an elective teacher of Photography and Film.

Even from an early age, Jon was able to find a way to balance creativity and logistics and somehow inspire others to join him on his crazy adventures. In 2009, Jon turned his desire to tell stories and help others tell stories into a business by establishing ReKon Productions. Eight years later, Jon could not have imagined what ReKon is today and is excited to continue the growth of the company and create exciting new stories for all audiences.