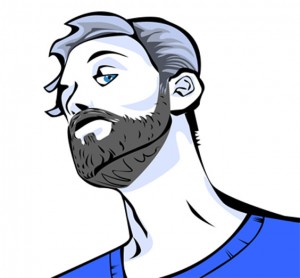 John Schrad, a film nerd who applies an artistic background and logistical mind to find the spirit in any story, is currently a Producer at ReKon Productions. As a staff producer, John focuses on pre-production services such as budgets and schedules.

Schrad’s recent productions include the shorts Hajji, Boat Love, Sons of Mann, and The Deal.

John holds Bachelor of Arts degrees in Film Studies and in Studio Art with Illustration and Installation emphases from the University of Nebraska, Lincoln.

John began production in independent features. Before ReKon Productions, he worked on such films as The Haunting of Whaley House (2012), Tblisi, I Love You (2014), and Lust for Love (2014). Outside of producing, John has served in a variety of roles from assistant director to art director, set decorator, and graphic artist for clients such as Nestea, AT&T, Playstation, and Crystal Geyser. Prior to production, John worked as a camera operator with Prairie Films Entertainment.

Schrad’s time in Los Angeles freelancing on the streets of the indie film scene led him down the road to working with Jon Michael Kondrath on the feature film Tentacle 8. Finding it satisfying to work in an office where one can say “John (or Jon)” and the men in the room all have the choice to respond, John made ReKon his home in 2012.