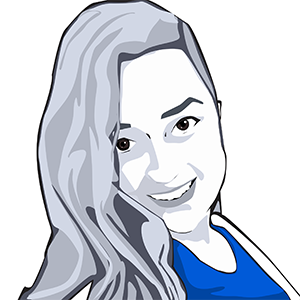 Hailey, a sarcastic 7-Eleven coffee enthusiast with a passion for discussing the patriarchy, currently the Social Media Specialist at ReKon Productions.

Hailey holds a Bachelor of Arts Degree in Communications with an emphasis in TV and Film Production and a minor in Gender Studios from California Lutheran University.

It was at Cal Lutheran where she found her love for filmmaking when she started working on shorts and student films. Before coming to ReKon, she worked as an assistant to a Screenwriting Talent Agent. Since then she has co-created and starred in a series of ReKon shorts called “Internship Training” as well as co-creating and associate producing “Female Filmmaker Friday.”

Hailey began her ReKon journey when she applied for a production internship at ReKon back in Fall of 2016 and was thrilled to receive hands on experience working as a production assistant on the award winning ReKon short film “Do No Harm.” In Summer of 2017, Hailey joined the ReKon team as Executive Assistant to Jon and Lesley and would later take on social media responsibilities as well. In 2018, she began working with Director of Brand Strategy Kathy Sue and fully transitioned into the position of social media specialist.