Guest Post: Neel Upadhye on What He Learned Directing his 1st Indie 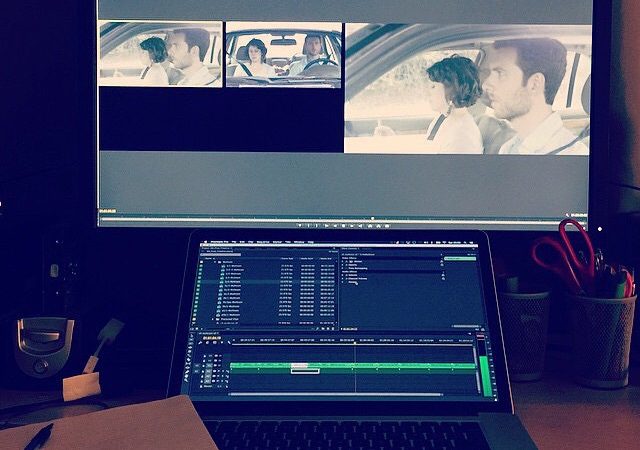 By Lesley On Tuesday, December 16 th, 2014 · no Comments · In Behind-The-Scenes , Features , Friends of ReKon , Just For Fun , Production

Dating Daisy wrapped principal photography just last week and after a couple of days to decompressed director Neel Upadhye had a few musing to share. 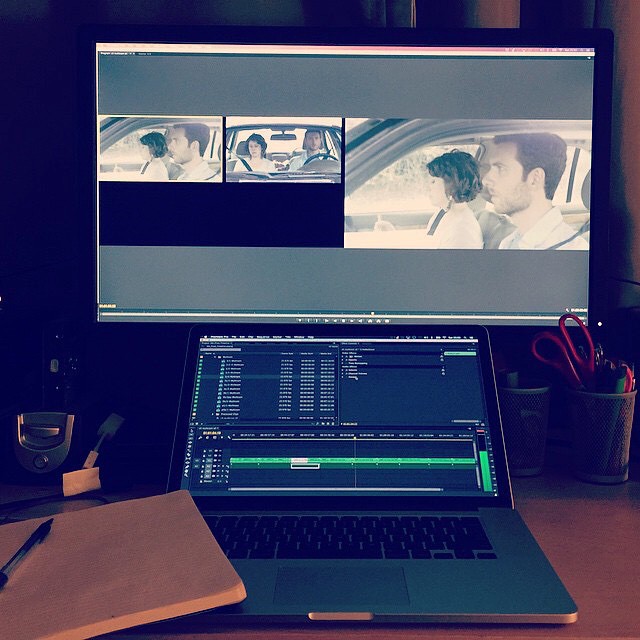 Here’s 57 of many things I learned directing my first indie feature:

• The jobs on a movie set are, in fact, not made up. You cut a position and you will feel the impact.

• Saying “got it, moving on.” is absolutely terrifying. Know which hill to die on.

• Shooting all the rehearsals and cutting the film as an animatic in advance helped SO MUCH. I will always do that, here on out.

• Casting really is everything. My casting director, Kara Sullivan, nailed it.

• Never schedule a film with predominantly daytime scenes in November.

• Give all your direction BEFORE you roll, or your camera op’s arms will fall off while you deliver last minute notes.

• When your AD says you only get one more take, you can tell the actors to go back to 1 instead of cutting, but the AD gets real mad at you.

• Conversely, as soon as you yell cut a jillion people rush in and can kill the mood. Sometimes its best to take it back to 1.

• As a director, people will tend to be on their best behavior with you, so you aren’t the best judge of actual team health. Trust your generals, take their feedback, and treat complaints seriously.

• The number of favors you will ask for, and the millions more that your friends will do that you’re not even aware of, is staggering. Thanks, Boyajians!!

• It’s so gratifying to have people roll up and ask you for your permits when you have a boss producer like Jon Judelson ‘cause everything is 100% legit.

• If you shoot longer than 15 consecutive days, Film LA requires you to break your film permit into 2. Jon Judelson can fact check me on the number.

• Permitting and posting “no parking” overrides all street cleaning and other “no parking” signs. That is AWESOME.

• You are REQUIRED to designate on your permit where your crew vehicles will park, and it cannot be on the street. Sometimes you have to permit and pay just for a stupid parking lot and shuttle people to and from location.

• Never let the picture car drive off without a walkie in it.

• Good production audio – what separates the boys from the men. Thank Matt Pacult.

• Do not do wardrobe yourself. You suck at it. You will fail. Moreoever, once you are shooting, you physically CANNOT do it. Thank you Avery Daman for saving me!

• Neighbors and annoyed people will try to extort your production for cash.

• Burbank is really expensive to shoot in. And you have to wait for planes every 5 minutes.

• Be grateful for your day job that made all this possible.

• Being financially tied to the film and also directing it is a terrible combination, but since it’s the reality of low budget filmmaking, learn how to turn one side off.

• Do not review the shots for the coming week the day before you start. Do it much, much earlier than that.

• Have a pen to write down notes as you watch long takes. I never did this, and had to memorize all my thoughts. I don’t know why I never just got a damn pen.

• “Continuity is for pussies.” NOT. It is really, really hard.

• 5 actor scenes are absurdly complicated. Blocking and shooting those scenes was the biggest growth opportunity for me as a director on this show.

• Back up your AD. People need to listen to him, seriously.

• DP’s are never happy with their work  But Sam Shimizu-Jones is actually kind of brilliant.

• Never shoot a film without a script supervisor. Would be nice if I knew one.

• Watching “weeklies” was so crucial and such a JOY. Having the editor cut as you go to help you identify things to retake is key.

• Do not underestimate the power of production design and the forethought it takes to do it well. Thank you so much Rachel and Akiko!

• Fight for an actual picture car that tells the story of your movie. Such a difference.

• The stupid gags and bits of business will steal all our attention and time if you let them.

• Shooting anything with cars, no matter how simple, is dangerous pure and simple.

• Your off-set producers always roll up when it’s lunch time. Fancy that shit.

• Quality of lenses matter. Debated this a lot in pre-production – my verdict is in. Not just for how cinema lenses look, but how much faster things go with them.

• Thank people for being there. All the time. The attitude on set is established in a huge way by the director.

• You are going to break and lose a lot of shit. Don’t take Loss and Damage out of the budget.

• Don’t take contingency out of the budget. (we didn’t thank god) You will spend money on the most random stuff, like tarps to cover the ground on locations with lots of dog poop.

• Sam Schectman knows how to schedule a shoot. Goddamn masterpiece.

• The order in which you shoot things is so important. Give actors who are supposed to have a relationship days together up top so that connection becomes something real. My leads were a god send. Thank you Brennan and Sascha!

• You don’t always have to give a note. Sometimes you can just shut up.

• Actors don’t always have to have business. Sometimes they can just talk.

• Sometimes they can’t just talk. Give them business.

• Had the privilege of one scene absolutely not working the way I had it in my head, and having to struggle through it. Had to learn how to NOT let that torpedo momentum and motivation the rest of the day.

• Keurig coffee maker was a sort of genius purchase.

• Listen to everyone’s feedback. Make your own decision. You have to live with it forever.

• The process trailer and shutting down the highway was the most unbelievable day of filming ever – mostly because the scenes freaking mattered.

• You need more people, I promise.

• Just cause you shot your short film 4K RAW, doesn’t mean you have the logistics and money to deal with 20 days of footage at that bit rate. Save it for shots where you really need it, like “day for night” exteriors.

• Camille is the best damn caterer ever. Proud to say our crew was quite happy with the food.

• You only have so much control. Let go.

• Be present, and enjoy it. When it’s over, you’ll be shell shocked, and you’ll have a lot of sleep to catch up on.