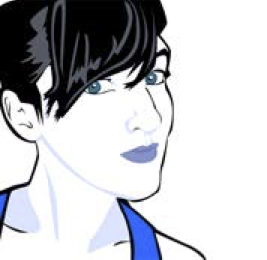 Kristina Marie Kondrath, a puzzle solving enthusiast whose travels are opportunities to drink more coffee, is currently a Client Relationship Specialist at ReKon Productions. As CRS, Kristina helps develop and maintain all new and existing client relationships. In this role, she strives to create the ReKon community and network through continual interactions and engagements.

Kristina holds a Bachelor of Science degree in Business with concentrations in Marketing and International Business and a minor in Cinema-Television from the University of Southern California.

Being a Southern California native, Kristina was interested in entertainment from an early age from staging puppet plays to writing scripts with her family to acting in school productions. While attending USC, Kristina worked at Trojan Vision (the university television station) and was involved in their Production Group. After graduation, she started gaining experience by working on such projects as the Rachel Zoe TV segment Mega Fashion and the Chieftans/Los Tigres music video Cancion Mixtecta. Kristina has worked for several brands including Doritos, Nokia, Epson, and Comcast. Before production, Kristina was an Account Manager with LA Sports Marketing.

Kristina first teamed up with her brother at ReKon Productions in 2010 on the web series CandyGirls. From Candy Girls (2010) to most recently Jocelyn (2017), ReKon sets have provided Kristina with learning experiences, opportunities for growth and an ability to continue supporting her brother. In 2015, Kristina officially joined the internal company team, combining her understanding of ReKon producing with her background in business.