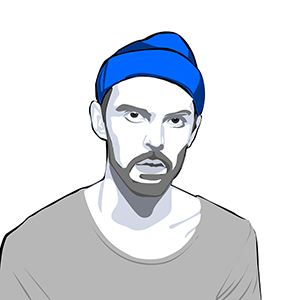 Shawn Butcher, a German-American cinema nerd and physics enthusiast with a lifelong dream to hug a polar bear, is currently a director with ReKon Productions. He joined the Directors Initiative in 2018. His first project with ReKon, since joining the initiative, was the music video “Hold On” for Rise Records’ artist Tilian.

Along with directing, Shawn also works as a cinematographer. Recent projects include a campaign for Fenty Beauty #STUNNA Lip Paint, which he also directed.

Shawn was completely self-taught prior to walking on set for the first time at the age of 15. Since then, he’s amassed a wealth of experience on the job.

Shawn’s journey into the entertainment industry was a self-led endeavor. He first began working on commercial sets at 15 and moved on to direct independently for music videos around the age of 19. It was the encouragement of a DP named Robert Brinkmann, who Shawn worked with when he was 18, that made him realize it was pointless to become a DP if his dream was to direct. Convinced to stop working in the camera department and start directing whatever he could get his hands on, Shawn has been focusing on directing ever since, working in the worlds of advertising, film, fashion, and music for clients such as Adidas, Harper’s Bazaar Arabia, and Beats by Dre.

Shawn met ReKon through Phantom Firm on the project Parking in LA, which he directed and Lesley Lopez produced. Where others would have focused on the comical height difference between the two of them, Lesley was instead struck by Shawn’s contagious storytelling and do-the-impossible spirit. These traits are what led to him being approached to join the Directors Initiative.