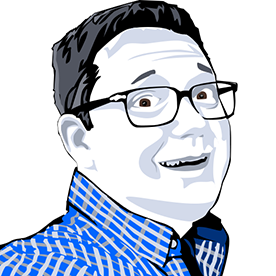 Peter Frintrup, a caffinated New Yorker transplanted to LA, is the Director of Post Production at ReKon Productions. As DPP, Peter oversees the creative and technical aspects of projects going through the pipeline of: creative editorial, color, online, sound design, audio mixing, and creation of deliverables. Through his work Peter has expanded ReKon's offerings from a busy production entity, to a full service creative boutique that can take all projects from inception to final delivery.

Peter also is a director and editor, who's most recent project, HURT is touring the festival circuit. Recent editorial & post projects include the documentaries, Awakening the Goddess: An Exploration of Kundalini (Dir. Kija Manhare), Farming in the Millstone Valley: A History (Dir. MVPP) as well as the narrative projects: Parking in LA (Pavemint), and Anti-Social (New Form).

Peter holds a bachelors degree from NYU's Tisch School of the Arts in Film and Television Production.

Peter began working in entertainment in New York at USA Films, which later became Focus Features. Before ReKon Productions, Peter worked on Focus' marketing campaigns for the films: The Pianist, Pride and Prejudice and Brokeback Mountain. After Focus Features, Peter served as the Head of Post Production at mOcean (an entertainment marketing and content creation agency). While at mOcean Peter was responsible for the finishing of over 7,500 TV spots, movie trailers, and promos for all of the major movie studios including Superbowl campaigns for Marvel projects. Before the entertainment industry, Peter worked at a law firm reviewing legal documents and assisting lawyers.

One not so distant day ago, Peter dropped off a personal project at Simple DCP and discovered the neighboring company ReKon Productions. It was mere minutes of wandering before Peter ran into Lesley Lopez and Jon Kondrath and began a discussion of weaving post-production into the expertise of the company. Peter joined the ReKon family in 2016. His first ReKon project was color correction on a commercial promo for the sunglass brand, Babiators. From that first experience to now, Peter and ReKon have worked to create a caring, creative tactic from pre-production all the way through post-production. The process has helped to keep Peter and ReKon busy together on many projects and will continue to for many more into the future!