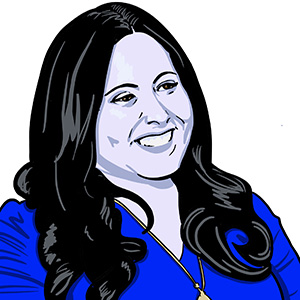 Lesley Lopez, a reflexive smiler with an intense love for post it notes, is currently Chief Operating Officer of ReKon Productions. As COO, Lesley is involved and manages all operational aspects for the six divisions of ReKon Productions as well as the business day-to-day. In this role, she has helped establish the ReKon Brand of producing through expanding services provided, developing internal talent and promoting the ReKon voice in marketing.

Lesley began production in independent features. Before ReKon Productions, Lesley worked on such films as Detention (2011), OJ: The Musical (2013) and Caterpillar’s Kimono (2013). Outside of features, Lesley lent her production expertise to commercials for brands like Nestle, Nickelodeon, Sony and Citroen. Prior to production, Lesley served as an Assistant Store Manager and Visual Merchant for the Walt Disney Company under their consumer product retail division.

In 2012, Lesley joined the production team of the ReKon Productions film A Leading Man. It was during pre-production that Lesley first met Producer/UPM Jon Michael Kondrath, a meeting that might be related to the day that Hobbes was presented to Calvin. It was after a three-month production process and a successful 18-day shoot in 16 different locations, Jon deemed Lesley (Locations) useful. Thus, she inevitably became a part of ReKon Productions.