An Interview with star of Dating Daisy; Sascha Alexander 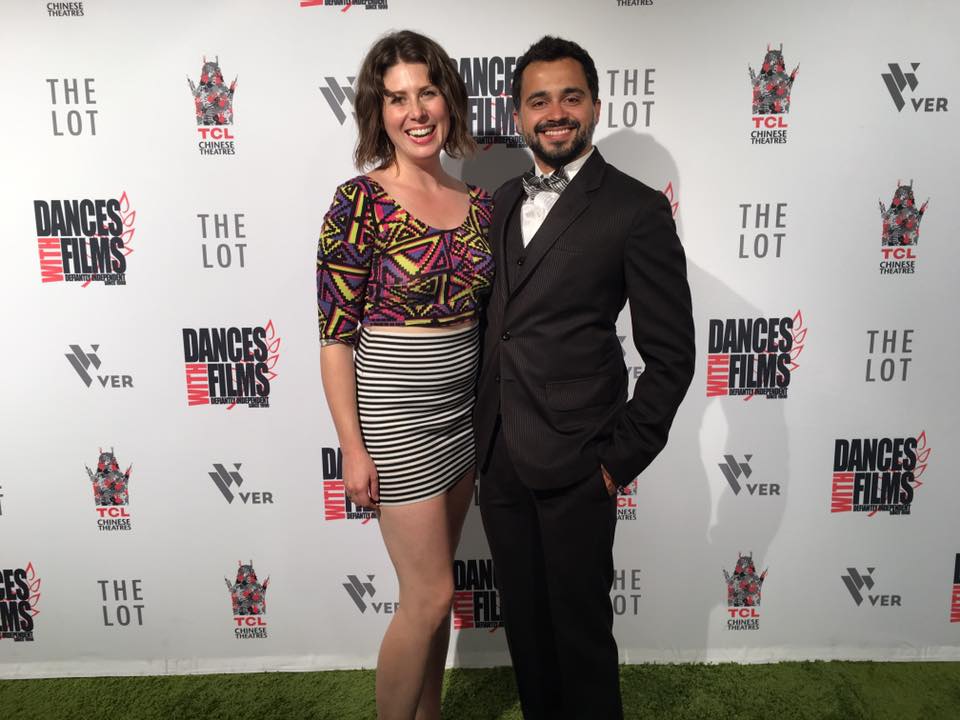 June 6th 2016 Dating Daisy screened at the 19th annual Dances With Films at The Chinese Theater in Hollywood. We asked star Sascha Alexander (Daisy) for an inside scoop. Check it out below!

Q: How was the audience reception of Dating Daisy at Dances With Films?

A: It was so fantastic!  We had the greatest Q&A and I was pulled aside after the screening for congratulations from friends and audience members who were moved by the performance.  The best part was that I was contacted on Facebook by new filmmakers, as well, who saw the film and wanted to stay in touch. That was the most exciting part. If our screening at Dances could generate more work in indies for me in the future, that would be just the best.

Q: Was there anything special about the Dances With Films screening compared to other festivals?

A: Yes, there was such a air of legitimacy! The theater was so nice, the press and red carpets were so professional, I really felt that the film, and myself by extension, were elevated by being there. It was an exciting feeling.

Q: It looked like many of the cast and crew from Dating Daisy were in attendance, how was it experience the film in a festival setting with so many of the people who worked on the film?

A: Oh my gosh everyone was there! Aww, very special! Although we’ve had big turn out for all our festivals and screenings. Team Daisy really shows up. Everyone who worked on this film just loved it so deeply and cared so much and I think that’s evident by the way we come together to support it. Even [if] it wasn’t anything new to have us together, it was still special – it always is.

Q: Were you able to catch any other films at Dances With Films or meet with other filmmakers?

A: I was, though not as many as I would have liked. I saw The Babymoon last Friday, which is sort of like our sister production at the festival because Avery our co-producer produced that film as well, and I auditioned for one [of] the roles right after I wrapped on Daisy! It was so great to be in a festival with them – you don’t always get to the see the end product of parts you audition for and don’t get cast in. It was so cool to see that production go from script to screen and then screen right alongside us. I also think I might’ve fallen in love with Nora Kirk Patrick from the film, although she wasn’t there for me to fangirl out over. I had to settle for the amazing Julie McNiven instead who was a magical consolation prize.

Q:What made making the movie Dating Daisy special to you?  What called you to the character of Daisy?

A: Oh man. So much about this movie was special. It was a dream role – Daisy is so independent and whimsical and fiery and sensitive and hurting. I just got her. Then, I read it, fell in love with it, fought for it, then got it – which just like, never ever happens. As an actor you are always falling in love with roles then having to kiss them goodbye, but this one was mine, and I took that very seriously. It was also my first feature film lead, so no matter what it was going to a be a special film for me, it was marking a transition in my career. But I think what took it to the next level was the commitment of the cast and crew, and the extensive rehearsal and preparation I had with Neel and Brennan. This movie really was a part of my life for a year and a half. An experience like that gets into your heart. It becomes a part of your identity.

Be sure to check back for more updates about Dating Daisy as the film tours the country on the film festival circuit.